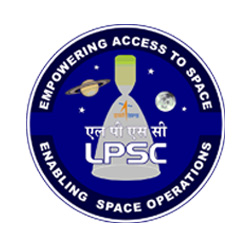 The conference aims at bringing together a number of leading experts from all over the world on to a common platform to discuss and share their vision on research in the frontier areas of heat and mass transfer. The conference will include plenary and keynote presentations in addition to contributed oral and poster presentations, selected papers stand a chance to get published in special issues of reputed international journals like Applied Thermal Engineering and Heat Transfer Engineering.

A few workshops led by eminent experts in selected areas will also be conducted along with the conference.

Trivandrum, the capital of GOD's own country Kerala, the abode of Lord Padmanabha, throws open its doors to warmly welcome you to its pristine beaches, emerald backwaters and ayurvedic spas.

We hope you will be with us at Trivandrum to interact with the international research community on heat  and mass transfer to evolve new research frontiers.

A sprawling area to exhibit industrial and research products will be available.Those interested may visit Reserve exhibit space page  in the website for further details.

Trivandrum, the capital of the state of Kerala, now known by the name Thiruvananthapuram, literally translates into the “abode of Lord Anantha”. The Sri Padmanabhaswamy Temple, a highly venerated temple for Keralites, in the heart of the city is devoted to the deity Lord Anantha. The city of Thiruvananthapuram is located in the South of the state and bordered by Tirunelveli in the East, Kanyakumari to the South and Kollam district located to its North. The city is a must on the itinerary of any visitor to the South India.

The city being the capital is the center spot for the political activities of the State. The people of Kerala known for their leftist leanings have always supported the Marxist precepts of the CPI(M) or the Communist Party of India. The city is the hub of all the political upheavals in the state and is considered to be the most politically active. No wonder polls draw more than ninety percent of the polling percentage on a regular basis.

The political background notwithstanding, the city in itself is a marvelously beautiful place with its seven green hills, numerous beaches and a typical sunbathed tropical climate. The city has many other facets, the low undulating hills, narrow by lanes in the city center, the Yoga & massage centers and traditional medicine practitioners, the Ayurveda doctors.

There are many Kerala massage parlors, a craze with the tourists, promising authentic massage with herbal oils but here you must take advice of authorized travel centers or your friends. The better hotels of the city may also recommend the authentic ones.

The people of the city are lovers of art and the traditional dance form Kathakali, which literally means “the art of telling a story”, is just not to be missed when you are in Thiruvananthapuram. The people generally speak Malyalam, the official language of Kerala. However Tamil is also spoken and understood widely.

The state of Kerala is known as the most literate state of India and you will find most of them understanding and conversing in English. The population of the city is close to six million today with Hindu, Muslims and Christians forming the major religious communities. The people are generally peace loving and hardly any tensions are reported on religious lines.

The city of Thiruvananthapuram is well connected to all the major cities of India with rail, road and air. The road along the sea shore is a pleasure to drive along. The Thiruvananthapuram International Airport located just three miles from the city is linked with direct flights from Middle East and many important tourist destinations of the world. The place is right for a visit during August to April and the best for winter vacations. The temperatures during December month are just right for lazing around on the beautiful beaches of the "God’s Own Country".